It has become a part of OFW culture to send boxes of goods to family back home. So-called balikbayan boxes, these boxes are usually big enough to fit a person (or two!) inside. Sending these is also one of the easiest ways to show our family we love them aside from the constant Facebook video calls.

There are also many balikbayan or door-to-door services available in Japan. Of course, the first one we could probably think of are courier services like Yamato, Sagawa, or even Japan Post. However, the shipping rates could go up to tens of thousands of yen and the biggest boxes available are usually not that big.

Specialized door-to-door services are also available in Japan though. Depending on the company, shipping costs could go from \7,000 to a little over \10,000. There are a number of rules. The sender must include a detailed packing list, limit the value of the box contents to less than \200,000, limit electronic devices to two, among others.

You would have to order a box from your chosen carrier. After the box arrives, you are free to fill it up as you want. Once it’s full, you can call the carrier to pick it up, and you will have to pay the carrier. This is usually done by furikomi. It would take about 3-4 weeks from the date of pick-up for the box to arrive to your recipient in the Philippines. 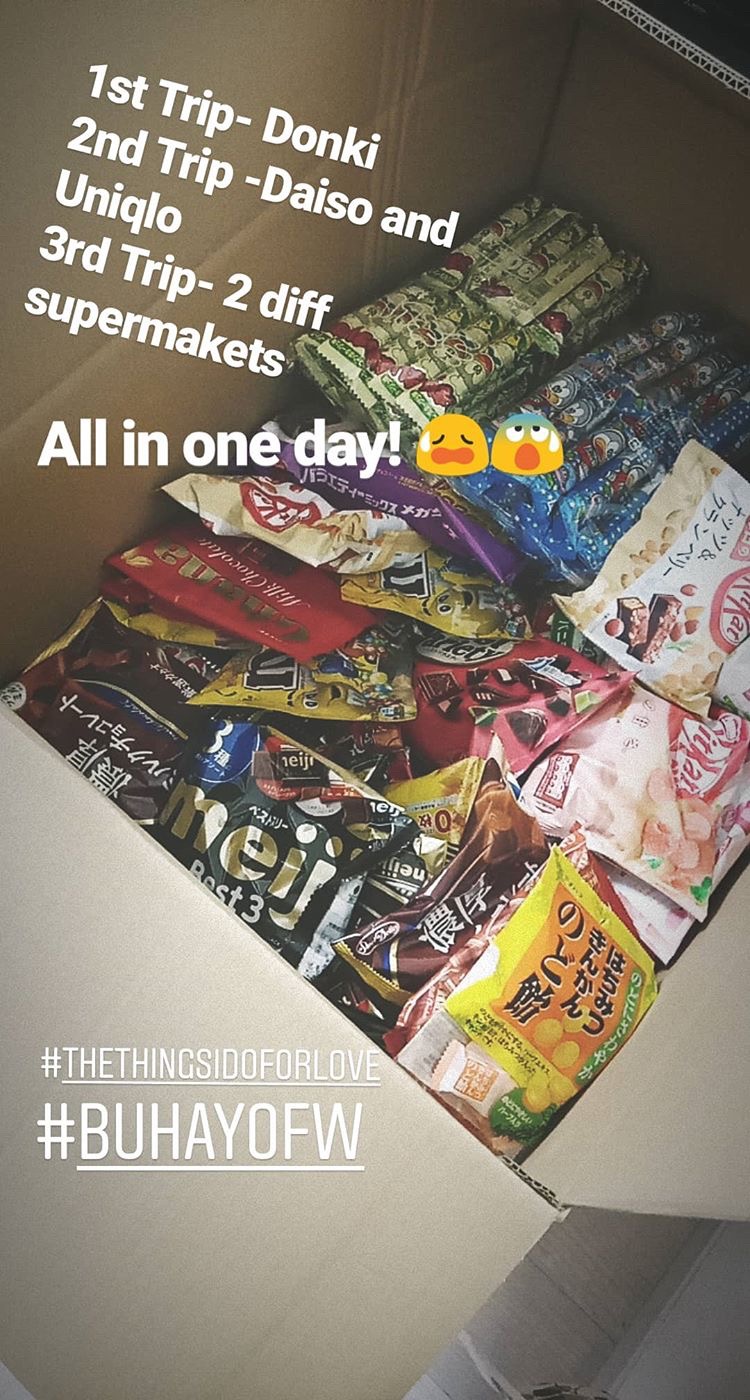 In my case, I used Chenvel Services, Inc. along with some of my friends. It cost about \1000 for a box and \7,500 to send the package to Manila. The staff I spoke with for pick-up scheduling and payment spoke Tagalog so it was very convenient. I had the jumbo box with no weight limit but I could the contents are well within 50kg. All in all, the contents of the box would amount to more or less \50,000. For the contents I had to go to Don Quixote, cheap snack shops, as well as hunt Uniqlo for bargains.

I had my package picked up before Golden Week and it arrived at my family’s home in Manila at the end of May. It took about 4-5 weeks which is not unreasonable since it was a holiday season. However, my friends’ packages, which were sent to Cebu and Bacolod, had some delay. So they’re thinking of a different carrier next time.

My packages also arrived with no problem, but I refrained from sending electronic devices since I wasn’t sure whether the box would arrive safely. Others have said that they’ve sent phones and TV sets without a problem though, so it really depends on your confidence.