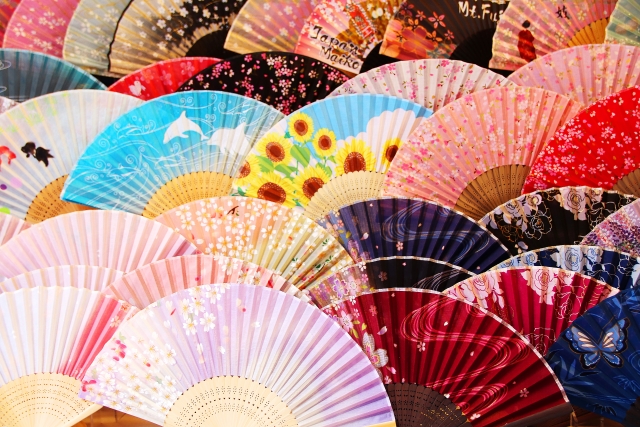 Japan’s scorching summer temperatures can be very difficult to deal with. Even those who come from tropical/desert countries still find Japan’s summer season unbearable.

It’s a good thing the Philippines and Japan have one thing in common to combat the heat. What we call in the Philippines as abaniko, Japan also has, which is called sensu. As you might already know, the abaniko is a folding fan usually made of wood or bamboo and cloth. This was traditional a pa rt of ladies’ clothing back in the day.

The sensu, its Japanese counterpart, looks very similar to the abaniko. When the Portuguese traded with the Japanese, this was one of their products which then spread throughout Europe. The abaniko most likely arrived in the Philippines through the Spanish.

As it is, the sensu/abaniko has been used to help with the cloying, hot weather for centuries. Nowadays, you can see them everywhere and at varied price points. If you’re looking for a sensu, you can possibly try 100-yen shops, bookstores, gift shops like Loft and Tokyu Hands, and department stores.

If you’re looking for a quick, cheap fix for the summer heat, why don’t you get the sensu?