The new station will be open in spring 2020 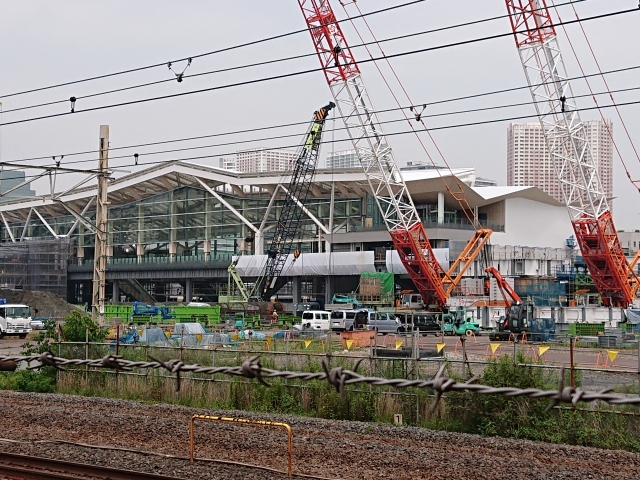 The new station, under construction since February of 2017, is scheduled to open tentatively in the spring of 2020 ahead of the Tokyo Olympics and Paralympic Games and with full operations beginning in 2024.

The new station will be located on the Yamanote Loop Line, between Shinagawa and Tamachi Stations. The station will also be accessible by the Toei Asakusa Line and the Keikyu Line via the nearby Sengakuji Station.

The name is new station is Takanawa Gateway. Since the official name of the station was announced on December 4, 2018, a growing amount of people say that they dislike the name of the new station. A petition, which has already garnered more than 47,000 signatures, was also created by columnist, Mineko Nomachi, titled “Please change the name Takanawa Gateway”.

Even though Takanawa Gateway, with 36 votes, was ranked as 130th from the list of thousands of suggested names submitted by the public (Takanawa – 1st place, 8,398 votes; Shibaura – 2nd place, 4,265 votes), JR East is still unwilling to rename the new station. This has led many to question why the company even asked for recommendations in the first place. Yusuke Yamawaki, from the firm’s public relations department, said that the selection of the name was based on the historical background of the area and with the hope that the new station will serve as a symbol of its bright future.